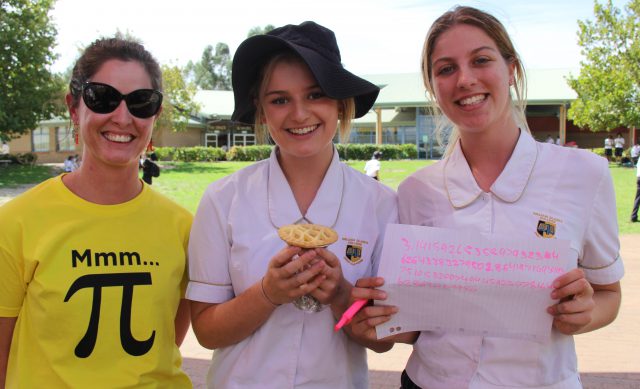 As part of the College’s Pi Day celebrations, students were yesterday treated to a range of delicious pies and had the opportunity to participate in the Pi Recital Competition, memorising as many digits of Pi as they could!

Pi (Greek letter “π”) is the symbol used in mathematics to represent a constant — the ratio of the circumference of a circle to its diameter — which is approximately 3.14159….(it has been calculated to over one trillion digits beyond its decimal place!).