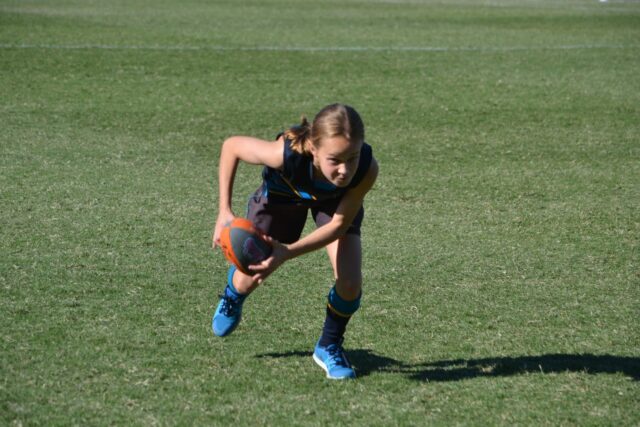 After winning the local Paul Kelly Cup, our Junior Girls AFL team attended the regional Paul Kelly Cup held in Blacktown on Tuesday. Our team played against four other schools, winning three games and only losing one which meant they just missed out on the finals. It was a champion effort from our Junior AFL team, coming 4th out of 13 schools from across Sydney and the Central Coast.